For those of you who missed the launch, please allow Stephen of “Bloody Underrated” to give you a taste of what it was like. He also talks about his impressions of the episodes that have been released so far. 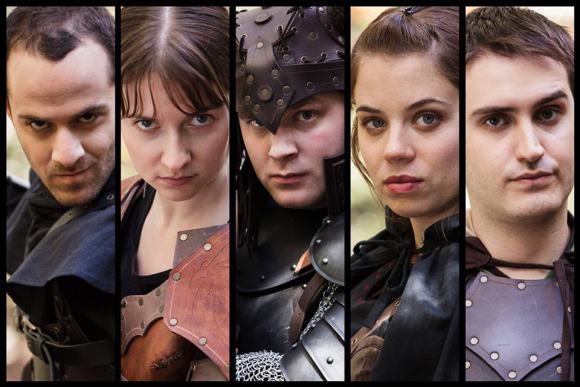 Last Sunday, a group of lucky people were given a preview of a brand new webseries launched into the world this week, LARPs: the Series. It is the story of a group of loveable misfits who take part in Live Action Role Playing (LARPing), an immersive role-playing game which combines theatre/improve and fantasy gaming with playing outside. Remember those days? The series focuses on the relationships between the characters in real-life while switching between the fantasy characters they have created in the game. We are essentially watching a double cast while gaining interesting insight into why this immersive hobby is such a success among playful adults.

As I stood amid the realistic leather armour and detailed foam swords provided by Les Artisanes d’Azure (who also did the series’ costumes), I got the impression that something cool was about to happen. This is a project which is held very near and…